EXPOSED – A play by Mary Dickson

Followed by RECEPTION / Q & A with Mary Dickson – Live !

Exposed, an award winning play by acclaimed playwright, Mary Dickson, is about Downwinders.  A “downwinder” is a person who was exposed or presumed to be exposed to radiation from the explosion of nuclear devices at the federal Nevada Test Site. These atmospheric nuclear tests took place from 1951s to 1962s.

To learn more about Downwinders and to view the map of the extensive area of fall-out over the US during the Nevada Test Site period,  Visit: https://en.wikipedia.org/wiki/Downwinders

During the Cold War, the U.S. government tested 928 nuclear bombs in Nevada, all of them more powerful than those that leveled Hiroshima and Nagasaki. The radioactive fallout from those blasts spread across the country, some as far away as upstate New York, more than 2,200 miles away. Writer Mary Dickson’s powerful and very personal play puts a human face on a tragic chapter of American history, one few people know about. Chicago Tribune Syndicate writer Robert Koehler called it “Devastating drama … a sacrament of grief and anger that doesn’t stop at the edge of the stage or end with the actors’ bows.”

Exposed, a play by Salt Lake City writer and Downwinder Mary Dickson, puts a human face on a tragic and little known chapter of America’s nuclear history.  The production played to sold-out houses and critical acclaim at its national premiere in Salt Lake City.  It was nominated for the Steinberg Award for Best New Play Produced Outside New York by the American Theater Critics Association. Robert Koehler of the Chicago Tribune Syndicate called it a “devastating drama…a sacrament of grief and anger that doesn’t stop at the edge of the stage or end with the actors’ bows. Be careful. It gets under the skin and into the marrow.”

During the Cold War, the U.S. government exploded 935 nuclear bombs, 100 of them above ground, at the Nevada Test Site – each one more powerful than those that leveled Hiroshima and Nagasaki. The fallout from those explosions blanketed the nation with radiation and has caused countless health issues for Americans.

The 90-minute docu-play combines the story of the playwright and her late sister, who were victims of U.S. nuclear weapons testing, with compelling history pulled from declassified portions of Atomic Energy Commission minutes, public testimony, news reports, and countless interviews revealing the massive government cover-up and the devastating and far-reaching human cost of nuclear testing. 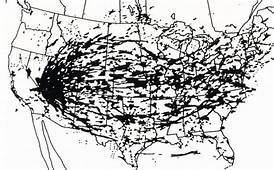 The government knew as early as the first test in 1951 that fallout was carried by the jet streams to New York, where it fogged film at Eastman Kodak in Rochester. The government agreed to warn film manufacturers of upcoming tests, but never gave the citizens exposed in those paths the same courtesy, instead trying to stifle protest with assurances that “there is no danger.” 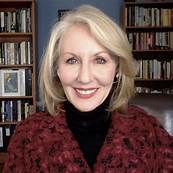 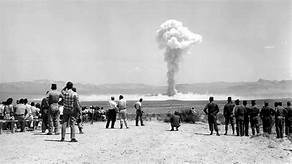 Jean E. Stevens – Founding Director, Taos Environmental Film Festival
Jean is a world traveler, former adjunct professor of art history for over 25 years and a retired Taos 6th grade teacher.  She is also a Climate Reality Corps Leader and an alumna of World Beyond War.   Jean is also an artist, filmmaker, screenwriter, songwriter and a member of the Sound Healers Association.  She holds a 200 Hour Yoga Certification.

Judith Rane –Taos Environmental Film Festival, Assistant to the Director
Judith is an actor, writer, weaver, gallerist and peace activist with a computer science background beginning in the early 1950s.   A mother, grandmother, and great-grand of a gaggle and wife of the late Taos painter, Bill Rane.

Presentations from recognized leaders, scholars, activists, authors and notables, will address attendees, virtually, in topics upon which they are passionately involved – beginning with global issues that threaten the planet.